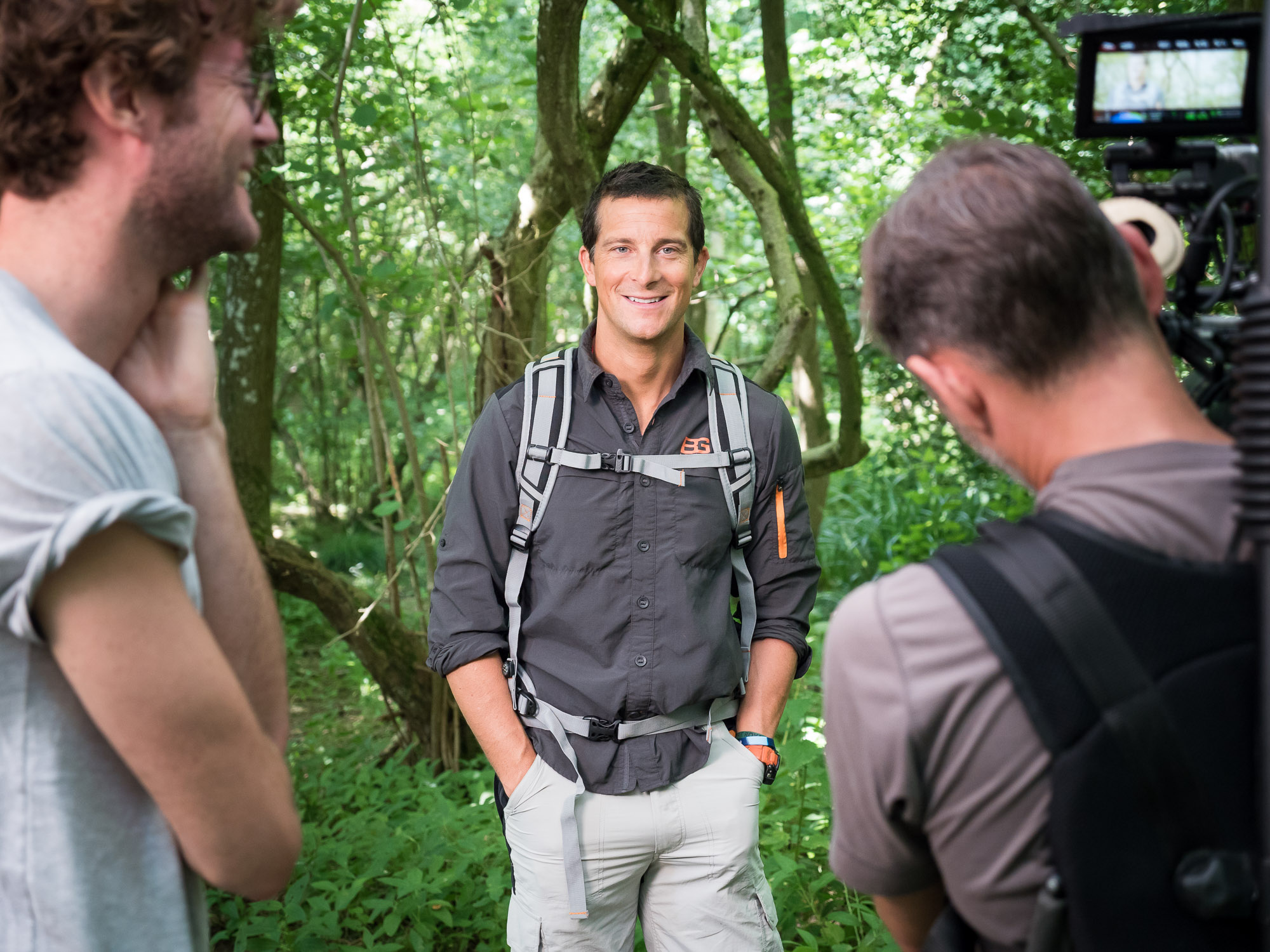 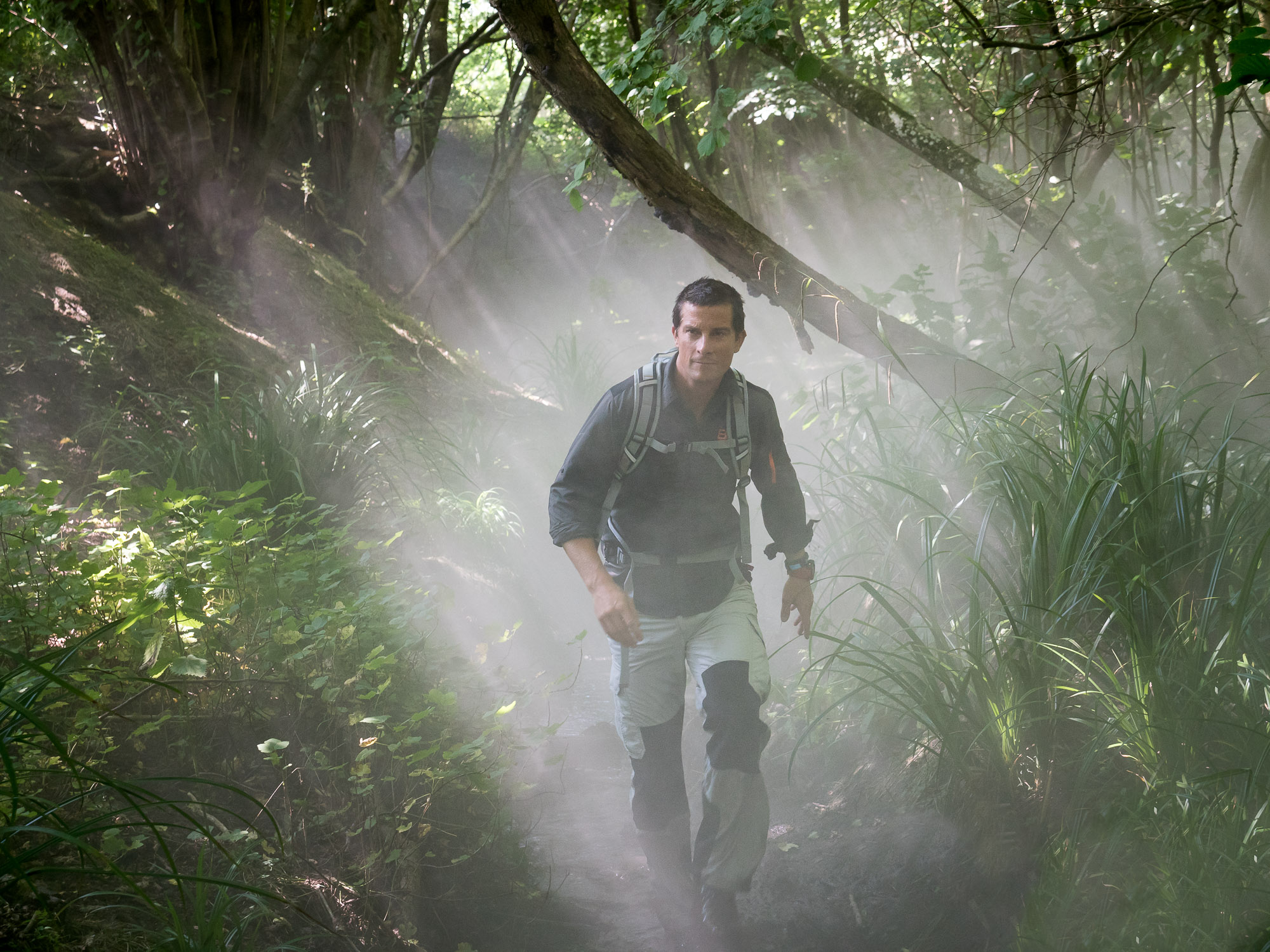 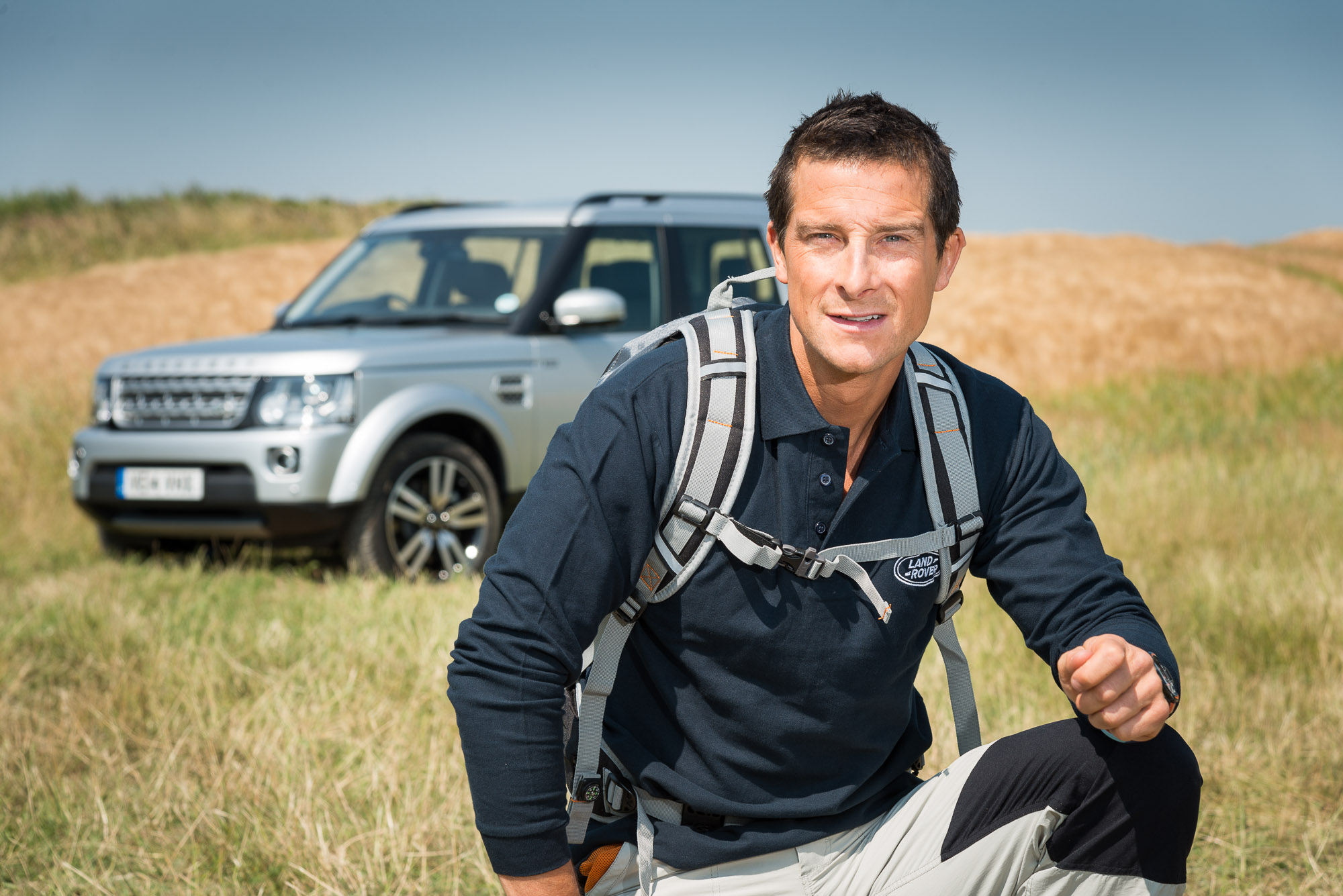 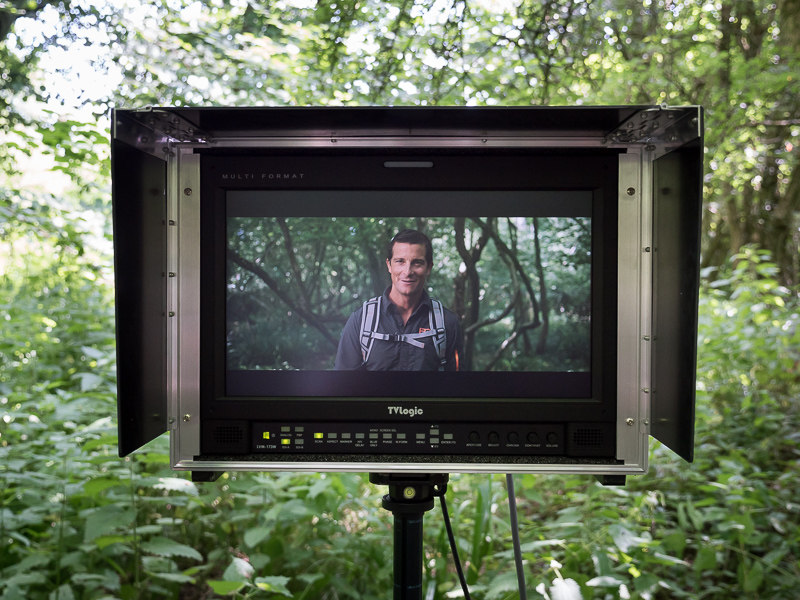 Mr Grylls (charming chap) was filming a short piece for Virgin Galactic in deepest darkest Wiltshire. Brooklyn Brothers, who created the campaign, asked me to go along and get some stills for a press campaign.

Film sets are a nightmare for stills photographers who are definitely second-class citizens, so it was a case of grabbing what I could as-and-when.  I was given literally two minutes for the main shot of Bear kneeling down in front of the Discovery, but getting a useable shot in no time is what it’s all about. That old adage of “it’s taken me 20 years to get this fast” sprang to mind. You’d never normally shoot someone in direct sunlight either, but with a bit of fill it almost looks like he’s on safari!

The on-set shots were made infinitely easier by using the Panasonic GH4, which has a silent stills mode. The crew were suitably impressed by the lack of blimp.

Still, it never ceases to amaze me how it takes so many people so much time and money to produce the tiniest bit of footage…